We worked with Transport for Wales to investigate Welsh language mapping, geolocation and route finding. This is what we found.

Transport for Wales asked us to undertake a piece of research for them. They wanted to know how they could build online mapping applications that treated Welsh and English language equally.

We’ve been thinking about these issues for several years and we maintain a Welsh language map of Wales at openstreetmap.cymru This, however, was a real opportunity to think about these questions from an organisation providing public transport services across Wales. We’ve produced a report for Transport for Wales which has a lot of detail in it and is very focused on their specific circumstances. This post is an opportunity to take a step back and think about some of the key things we have learned.

If you want to spin up a transport application with slick background mapping, geo-location, route finding and lots of points of interest there are many robust options available. For many uses digital mapping applications can be rapidly assembled, at least in part, by stitching together commercial services that provide data on demand (for a fee). 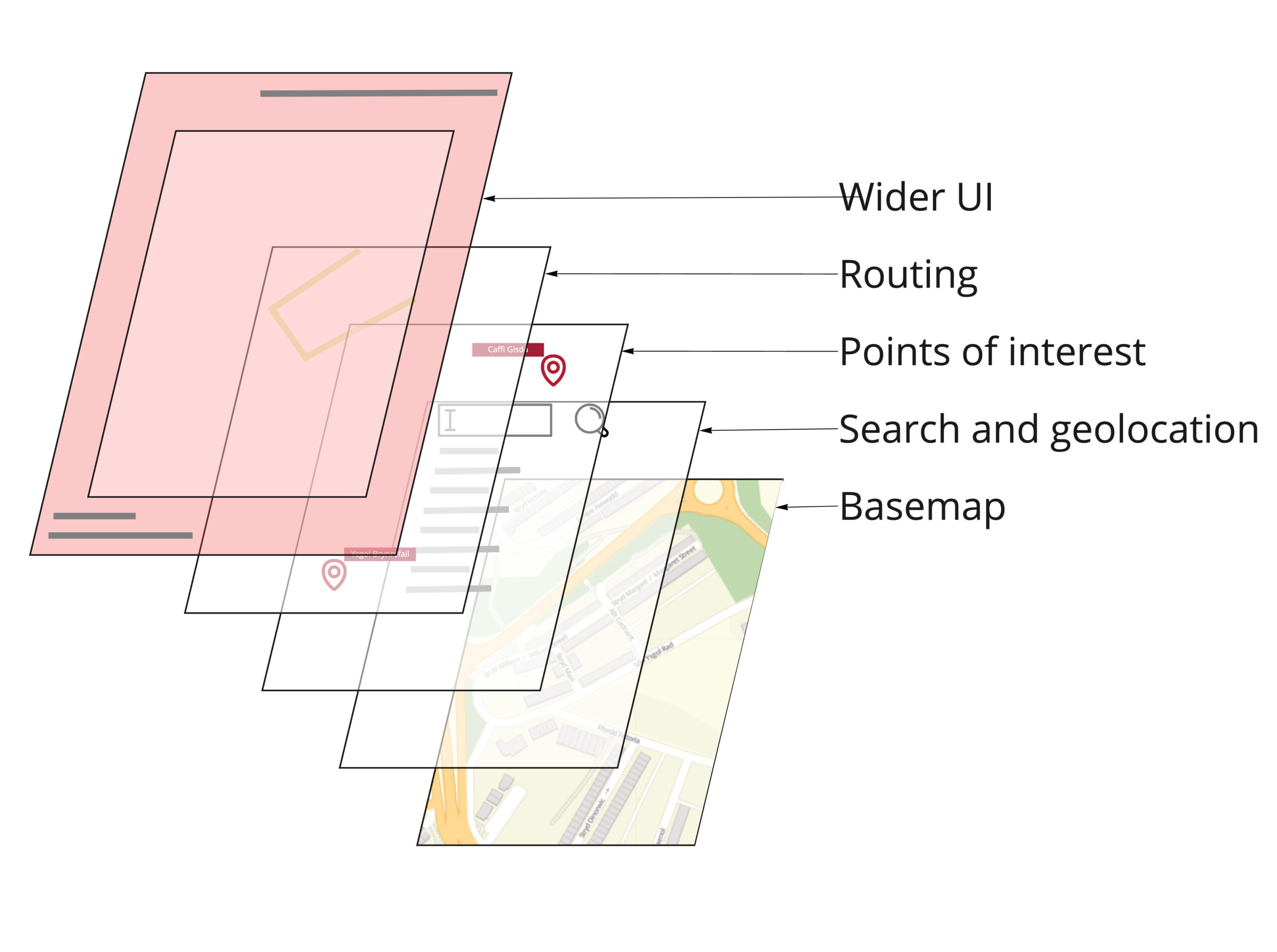 For those of us on the team who remember when they had to drive to a mini-Computer in Cardiff to do some fairly simple GIS tasks this is really impressive. When you want those results in Welsh it suddenly becomes much harder.

Google Maps does not support Welsh… but…

Google Maps does not officially support Welsh.
This means that if you are a developer wanting to create an online mapping application using the Google Maps APIs you can’t ask for the data to be provided to you in Welsh. That should rule it out for most uses by public bodies in Wales. But… Google Maps does use Welsh in interesting ways. It seems to perform on-the fly translation. For example: it knows that Prifysgol is the same as University and so if you search for Prifysgol… it will offer you universities not just in Wales but across the World. We searched for a pub called the Black Horse and were offered the Ceffyl Du. This is quite clever.

If you use Google Maps on your phone with your locality set to Cymraeg you will see Welsh place names on the map, including in England. But without official support there are real limits to where it should be used.

Bing surfaces a lot more Welsh than we had realised

Bing Maps is Microsoft’s mapping platform. I’m sure they wouldn’t like to be de-scribed this way but I think most of us would say they are “Microsoft’s version of Google Maps”.

Unlike Google Maps, Bing Maps does officially support Welsh. As a casual user of the Bing maps website you might not notice this but as a developer you can amend your API calls to request responses in Welsh. Overall a developer can surface a great deal of Welsh in services from Bing maps. At most zoom levels roads will have bilingual names (rather than the Welsh name or the English name) and there are some odd gaps. 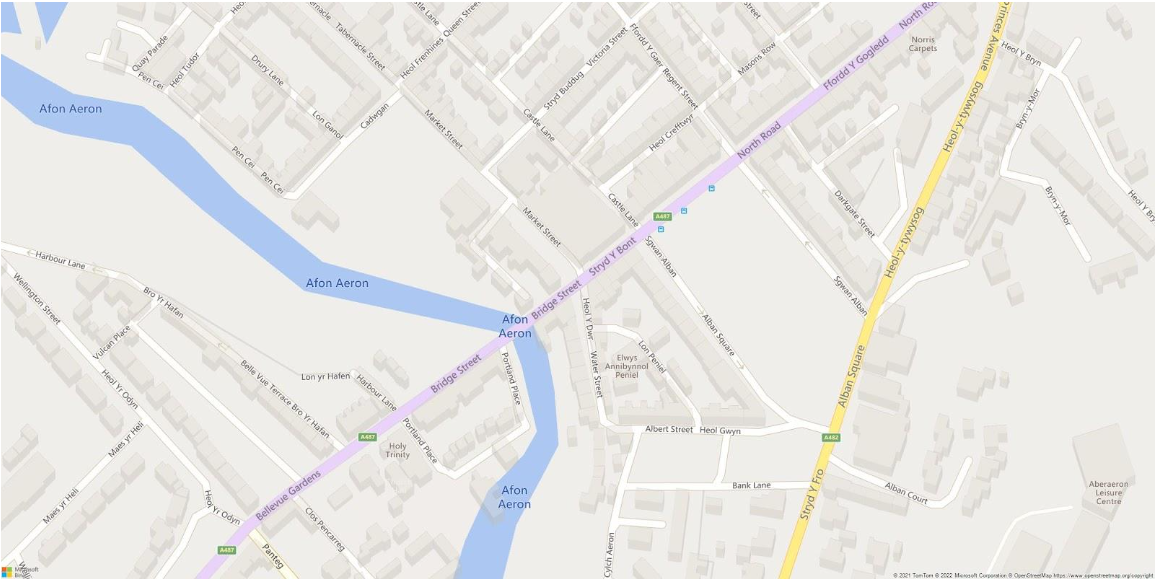 If you have very simple requirements for displaying points on a background map of Wales that won’t be dominated by English-language names Bing Maps is certainly worth a look at.

We feel that most public bodies could probably go beyond what Bing offers however.

Ordnance Survey could do better

But the way OS handles Welsh could be much improved.

Some of these are data quality issues, others are policy issues. Hopefully public bodies in Wales are working with OS to see improvements in these areas.

This makes it hard to measure how good the coverage of a map is. There simply isn’t a “correct” dataset to compare it to. In many ways this is one of the strengths of the Welsh language, it truly is a living language and things are called what people using the language call them.

That said, computers need rules, and as we use maps on computers more and more the need for some rules around Welsh language names grows.

Our Welsh language map is based on the community edited OpenStreetMap and Wikidata databases. Our researches suggest that these datasets are likely to remain part of the mix in terms of naming places and features until, at least, commercial competitors catch-up. We really encourage people to contribute to these datasets.

At the time of writing:

We will carry on working on this area and we would love to hear from others with questions or ideas about welsh language and bilingual mapping.

We’d like to thank Transport for Wales for commissioning this work and for allowing us to share this summary of things we found as a result of this project.